The Blackpool Tower was the perfect setting for the well-known EI Group PLC’s awards evening on Tuesday 27th February.

Holding an awards night in one of the most iconic venues on the Fylde Coast it was only fitting that guests arrived by tram over-looking the Blackpool sea front on a beautiful but chilly, clear night.

Guests were directed to the Level 5 balcony where the Campbell & Rowley team served our speciality canapés of Goosnargh Chicken Goujons with a Fruity Madras Mayo (these were so good we had to stop a few people eating the cones they were presented in!), Miniature Cottage Pies, Mozzeralla, Sun Blushed Tomato, Basil & Air Dried Ham Brochettes and finishing with Caramelised Red Onion and Garstang Blue Cheese Mini Tartlets. Once all the guests had arrived the famous Strictly Come Dancing duo “James and Ola” took to the famous Blackpool Tower Ballroom Dancefloor to wow the audience with a masterclass in ballroom dancing, followed by the eagerly awaited Awards Ceremony.

Guests made their way to their tables which had been expertly decorated by Margaret Mason with Creative Cover hire giving the finishing touch by covering 420 chairs with white chair covers and black sashes – minimal but makes such an impact! The tables were already adorned with personalised rum miniatures and bottles of cherry and apple sours with shot glasses to boot. Add on the free bar and everyone was in for an unforgettable night!

We were absolutely delighted to be the chosen caterers for the largest pub company in the UK. This called for an innovative take on a real home classic, so our tender Shin of Beef was served with Real Roast Gravy, a Giant Yorkshire Pudding, Fondant Potato and sharing bowls of Seasonal Vegetables was the main course of choice. There was only one way we could follow this, and it was of course the Treats from the Golden Mile. If you’re yet to try this dessert, you’re seriously missing out! 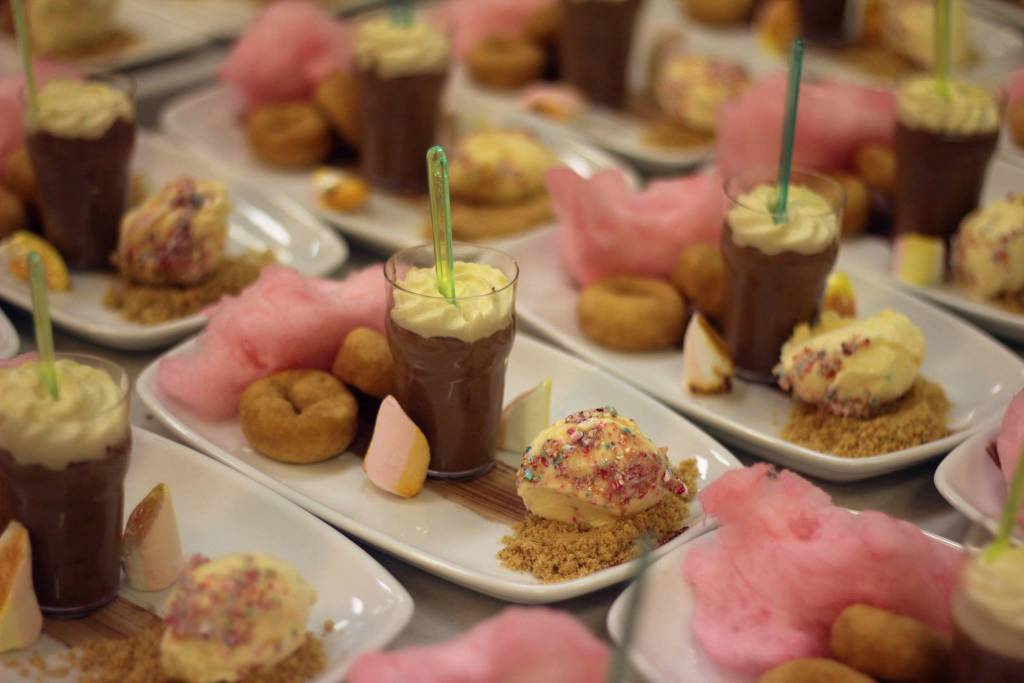 Celebrity lookalikes of Gordon Ramsey, Simon Cowell, Marilyn Monroe and Johnny Depp were mixing in with the crowds and were a real hit, the similarities were almost identical! Many eyebrows were raised when the Gordon Ramsey lookalike strolled past the kitchen!

An hour later and the meal was served, and the party well and truly started with various circus performers, from high flying, acrobatic clowns, contortionists to ladies performing on stilts! Save to say the night erupted into life! For those wanting a little break from the ballroom, tours began up and down to the Tower Eye to look out over the views and twinkling lights of Blackpool whilst daring to walk over the entire glass floor!

Thank you to Clare Milton from the EI Group and The Blackpool Tower Team for having Campbell & Rowley, it was an absolute pleasure to cater for such a brilliant and exciting event. 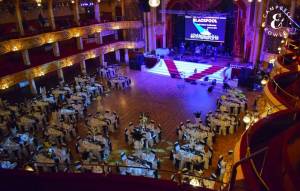 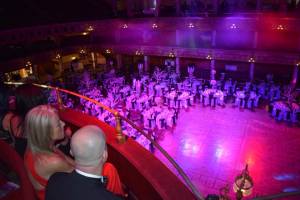 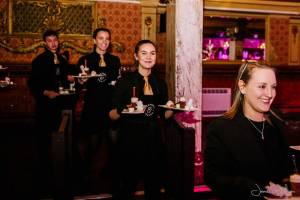